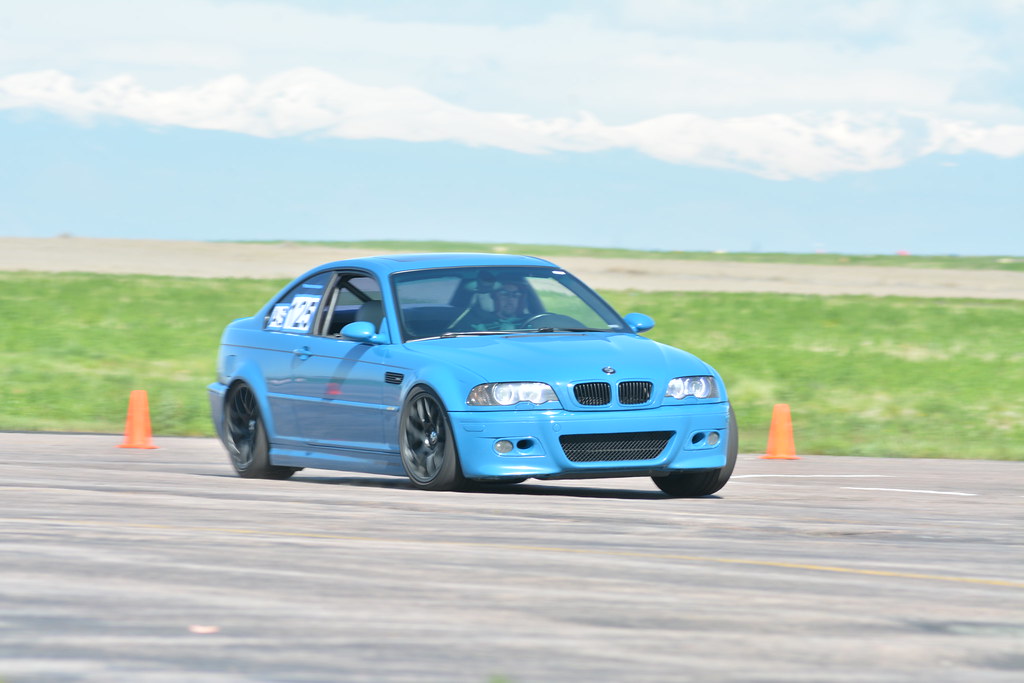 It’s mid June and still raining. As I type this the T-rex scene from 1993’s Jarrasic Park is playing just outside my garage, thunder has rattled tool bits off the shelf above my lathe and water oozes past the rubber seal on one of the garage doors making a perfect splash puddle for my 3 year old. It’s rained so much here in Colorado our first autocross of the season was rained out and our second one was a race against both cones and afternoon thunderstorms. But I’m preaching to the choir here, so lets look at the results for our first full event of the season! 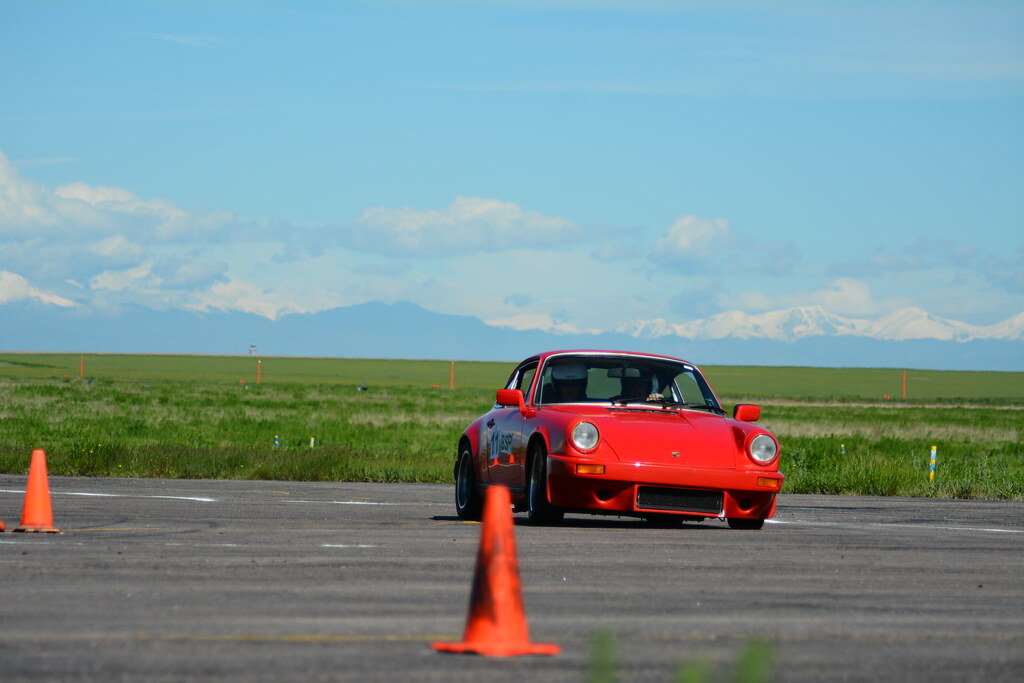 By far our largest class of the day was the Non BMW street tire class, with 25 participants, 30% of our total participants! A fast group of guys with Salil Shukla finishing in 4th less than a second off 1st place. The FRS/BRZ is a strong car in STX with Chris Carreras taking 1st and Greg Paine in 3rd in the twins. Hsun Chen stepped out of his S2000 to pilot a Subaru STi to an impressive 2nd place. 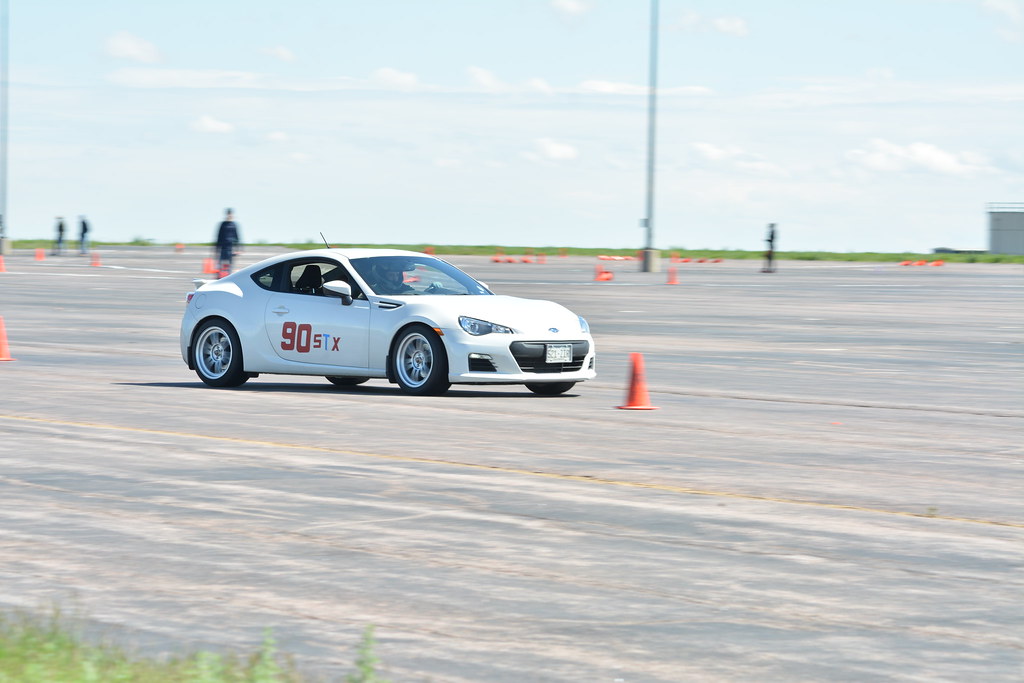 Our largest BMW group was BS… B Street tire. Andi and Elek Cseh moved up from DS to BS this year and have definitely gained the pace needed to compete in the faster group. Elek would have coasted to a win, but decided to hunt cones all afternoon. Instead Andi, Ryan Telford, Hallie Kupfer Yarko Thomas and Erik Zemke all duked it out for the win. This will be a great class to watch this season with a bunch of different types of chassis running very close times. 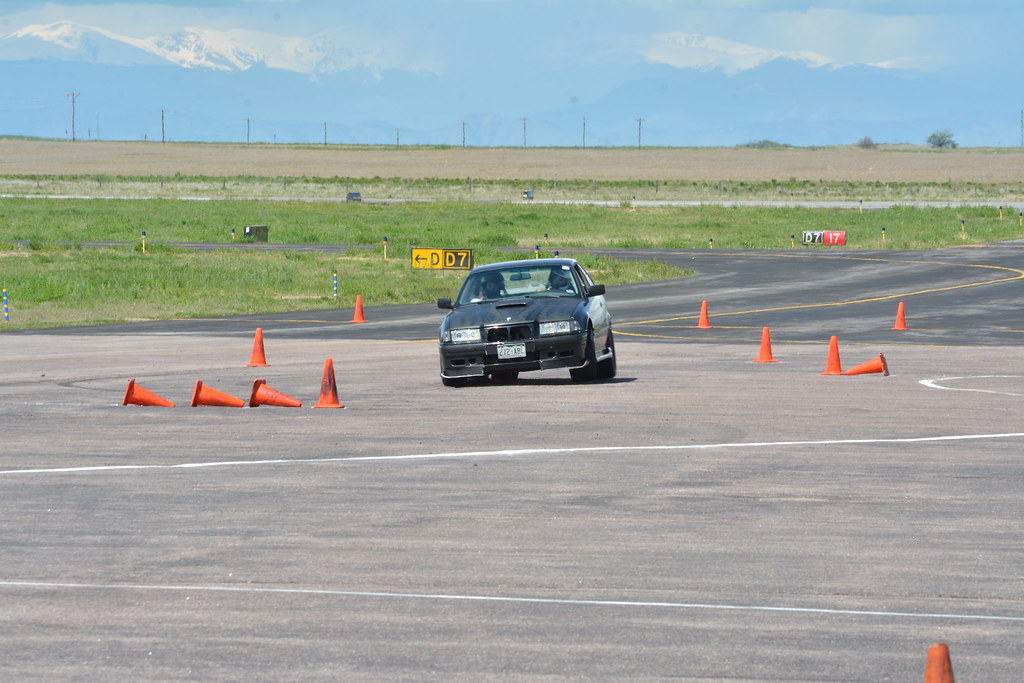 BMW AS class showed some newcomers this year. Kris Lee has installed a proper suspension in his MINI JCW making it even faster… Faster than any car on 215mm wide tires should be! Ryan Schossow also moved from a Mitsubishi EVO into an E46 M3 setup for time-trials, but is also quite handy at an auto-x course too. David Jobusch and Lee Michael popped into AS for the day, driving David’s smurf blue M3 while the red 325is DSP car is down for maintenance. Ryan worked hard progressing each run, turning in a fast time over 1/2 a second faster than runner up Kris Lee. 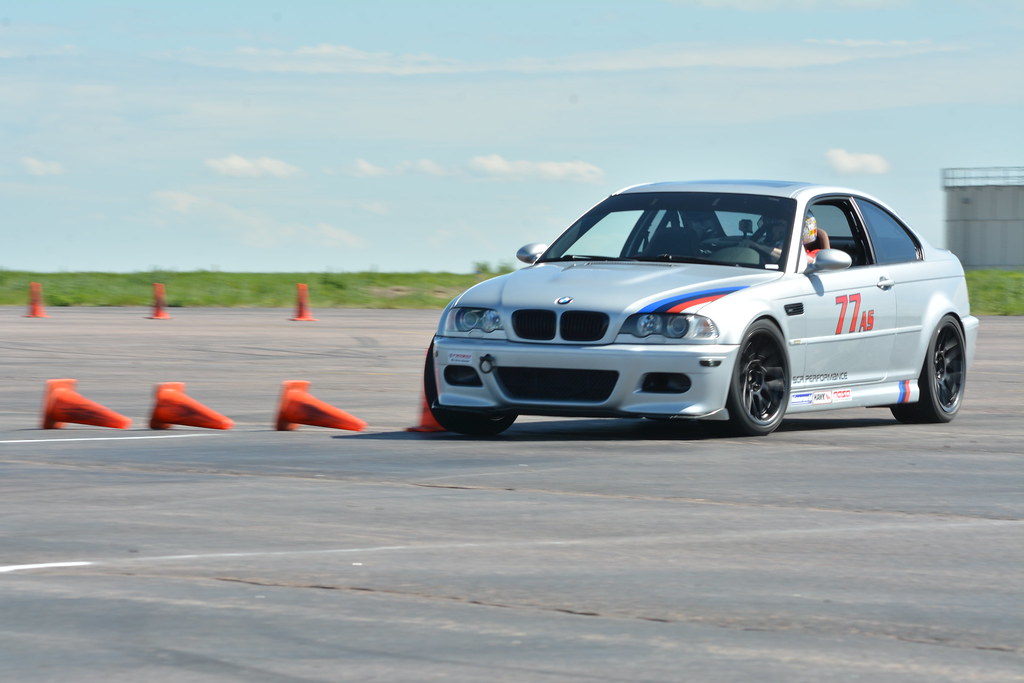 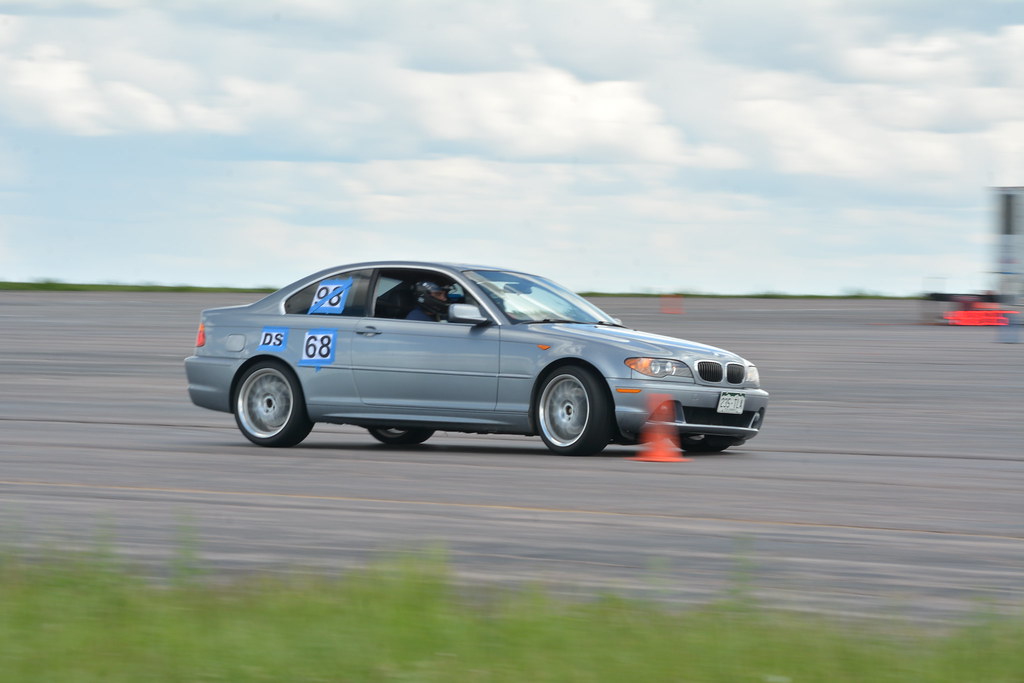 X class brought the usual heavy hitters with Mark Smith and Michael Feldpusch pulled away from the pack as they co-drove the Feldpusch’s green 95′ 325is. Mark was able to pull a 2/10th’s on Micheal and also secure the top raw time of the day. James Darden brought the ‘Merica stick with a honking loud 1997 Camaro that was fighting for grip at all times. 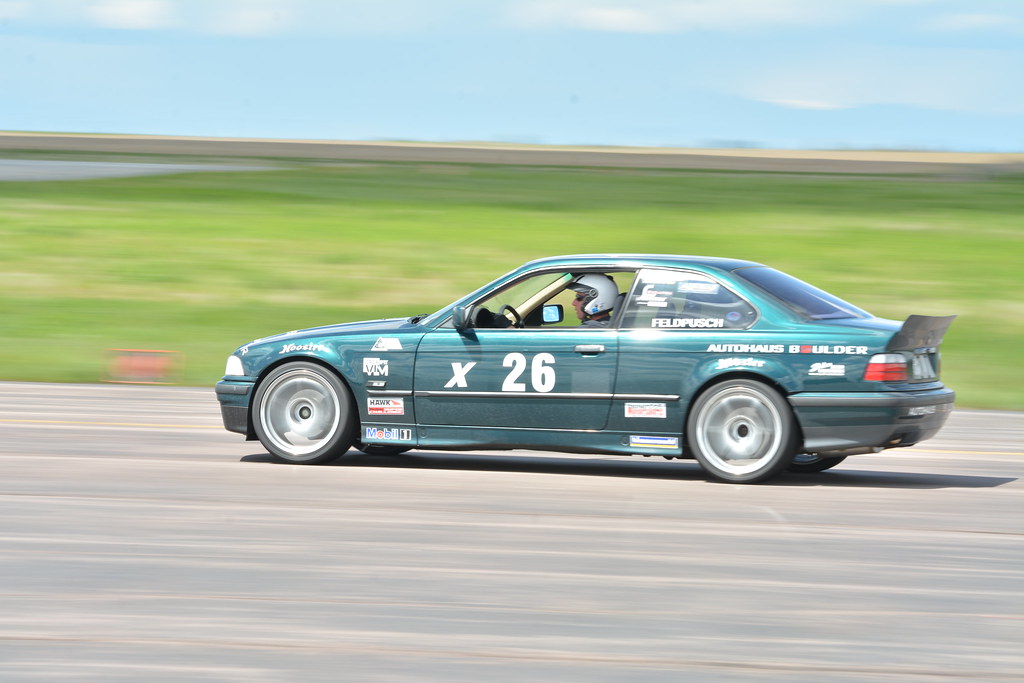 Ladies class is ever growing, and Karen Lange has made her stake with her first win of the season; but close behind her are Sarah Lindsay and Raquel Anderson, both campaigning E36 M3’s and posting good times. 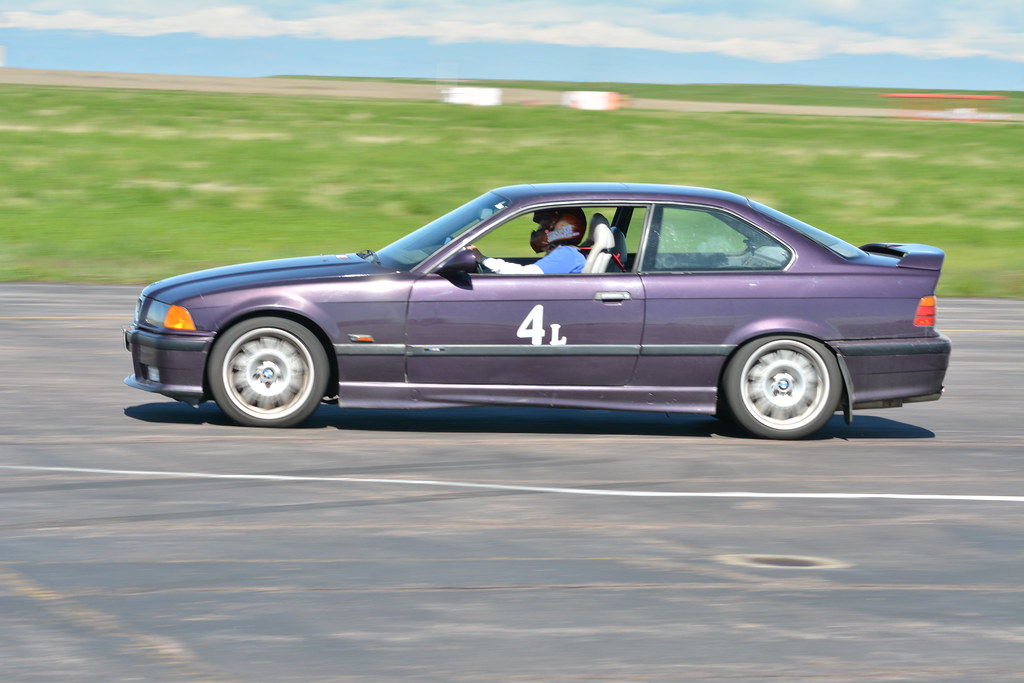 If you’re itching to get back behind the wheel, the deadline for signing up for event #3 is just a few days away! Click here: http://rmcbmwcca.motorsportreg.com to sign up today! 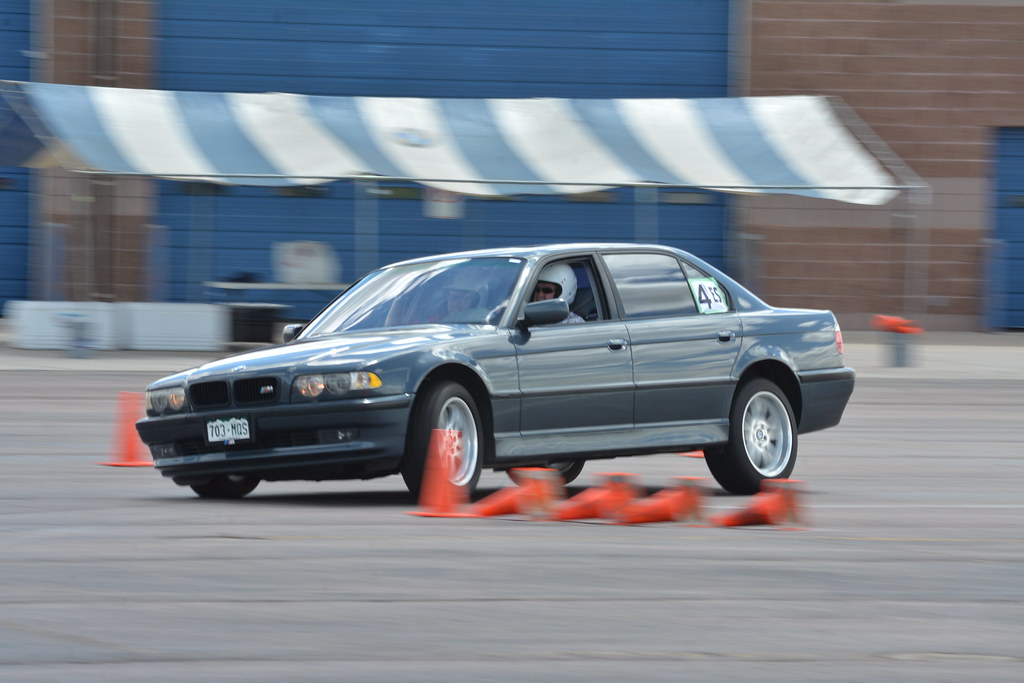